On one peaceful Sunday morning, I was headed to school. That’s when bus number 18 exploded.

I was 15 years old when it happened and suddenly, I was in the midst of a surreal experience. It felt like a movie. There were body parts strewn about, and the air was filled with smoke, and the cries of fearful citizens. In that moment, I felt compelled to help. I ran onto the bus and did everything I possibly could to lend a hand. 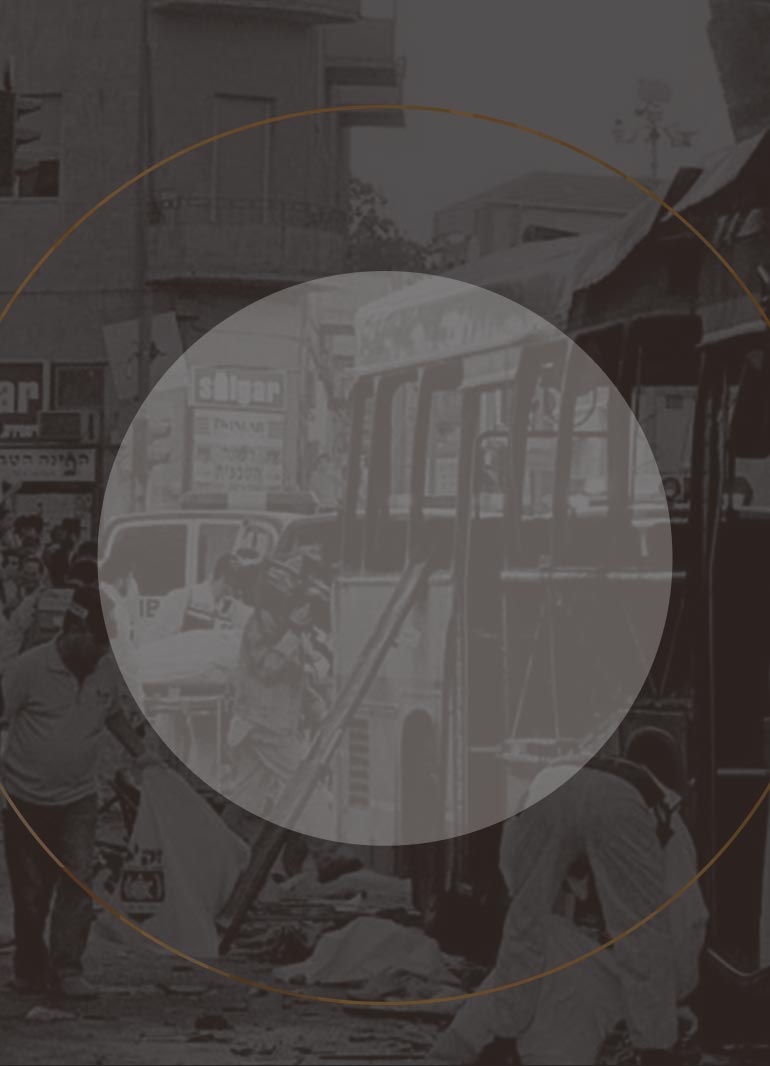 only light can drive out darkness.

I actually went back to school that day, but I certainly wasn’t focused on coursework. I felt compelled, but ill-equipped. Unfortunately, I knew that this type of situation would happen again, so instead of playing basketball after school, I committed to learning how to save lives.

I witnessed numerous catastrophic events while living in Israel. One Saturday night, there was a terror attack not far from my neighborhood. When I arrived at the scene, I came upon a stroller, but there was no baby in it, because the blast had blown the baby out of the stroller. The impact that these events have had on me is significant, but it’s also what drives me. It’s the same thing that drives first responders around the world: the desire to save lives.

Responding to terror attacks and disasters has since become my life and I’ve responded to more than 50. I have also responded to events here in the United States beginning with the World Trade Center attacks on 9/11, the Space Shuttle Columbia disaster and Hurricane Katrina.

In 2004, I founded a program that combined the real world experiences of Israeli counter terrorism and disaster response with training from experts in the field. The program was developed to allow agencies abroad the chance to study and understand the lessons learned from decades of long exposure to attacks and disasters.

Our staff is made up of American and Israeli counter terrorism experts, medical professionals and disaster management professionals. The experience of the ASTI training staff is unparalleled, as there is no place on earth like Israel, where disasters have been so heavily experienced. This also means that there is no other place on the planet where counter terrorism and disaster management have become as sophisticated.

As our world becomes more connected and in some cases, further divided, emergency managers, police, fire and medical personnel are going to increasingly face the types of disasters and attacks that have affected Israel for decades.

First responders in the United States have an opportunity to learn from the challenging experiences that Israelis have already encountered. The ASTI training program seeks to share that information and insight broadly, so that personnel in the United States are better prepared to help their citizens in times of need.

Because together, we can save lives.